The cold crispy morning compels Maisie and me to dress in our warmest. The sun is barely rising, and frost covers the ground. Fallen lives crunch louder under Maisie’s feet and blades of grass look sugar-coated.

Taking our normal route on the lane, I spy the flag. How can I miss its enormity? My neighbor, a veteran, hung it from an upper deck of his house, it all unfurled in the glory of a freedom it represents.

How can I know the cost of what is free?

I recall the stories my dad told of his time in Europe for 25 months. He knew exactly how long he was gone from home and loved ones. He told the funny tales and the times when God intervened for him. I don’t remember so much him telling the dark side of war.

War has a dark side, and every veteran in combat experiences it to some degree. I sit in my warm house and walk freely on my lane because some put on the uniform and gave their best.

I want to thank them all, thank them for their service and their sacrifice. I want them to know that I value the price paid when giving themselves costs more that I’ll ever understand. I want them to feel my appreciation for every effort they made to secure the life I have.

Is saying, “Thank you for your service,” when I see a soldier even enough? Does that convey my gratitude sufficiently? I doubt it does. But at least it’s something I can do.

And so I say it with a heart of thanksgiving. Thank you for your service. May God shed His grace on thee.

“Thank you for your service.”

It seems a small thing to say to the men and women who give themselves to the United States government, turning their lives upside down for freedom’s cause.

Sweet William and I shared a dinner table with friends last night, two of them veterans. They received a little perk at the restaurant for their status. It seemed a small reward for the years of their lives dedicated to the purpose of protecting the nation.

Parades, a free dessert or appetizer, special sales at local stores will never be enough. The ultimate gift of giving one’s life, whether that ends in death or living life in the shadow of the experience, is something we as Americans should acknowledge regularly.

Local theaters are currently showing Hacksaw Ridge, the story of Desmond Doss who wanted to served his country during World War II, but because of his religious beliefs, he did not want to carry a gun. He was called a conscientious objector. I have not seen the movie yet, but friends are recommending it.

The movie holds an attraction for me because my father was also a conscientious objector. He joined the Army, wanting to be of service to his country but not wanting to risk killing anyone. He was willing to leave his young bride, his beloved church, and his home and family to do his duty.

Once in the military, the Army did not know what to do with my dad. He was transferred from one base to another. About the time he would settle in one place and make a friend or two, he would be sent to some place brand new to him and start the process again.

Dad was a man of principles, even as a young man. Having given His heart and life to Jesus and claiming Him as Savior and Lord of his life as a child, he sought to please God. He developed habits of Christian behavior that became a way of life for him. He was dedicated to keeping those habits as part of his daily living. To my dad it was his way of demonstrating his love for God.

One of those nightly habits was prayer time. He knelt by his bed each night before surrendering to sleep.

So imagine, my dad in a military barracks with a group of men doing what men do after a day of training as he knelt by the bunk to pray. Silence, shock, amazement, ridicule. He experienced all of those reactions. Those other recruits did not know what to think of this strange and “overly relgious” guy.

Now imagine him doing that at each new place he was sent with another group of soldiers he did not know yet and who did not know him.

He suffered for his choice, for being true to his conscience and how he felt he needed to follow his God. He eventually went overseas and spent 25 months in the European conflict. He found his place of service in the kitchen, regularly cooking up delicious meals and cherry pies for the soldiers. He received commendation for cooking under battle conditions.

Dad was proud of that commendation. He was deeply patriotic. His detailed stories of his time spent in the military, of God’s grace and mercy, were some of my favorites, though I heard them again and again through the years.

He served his country, exactly like he wanted to do. He did it without carrying a weapon, what his heart dictated.

I’m proud of my father and his sacrifice, and my heart swells with emotion when the flag waves strong and proud as I remember those who have given their lives for me and continue to do so.

Our country emerges from a long political conflict. Some are still so unwilling to accept the outcome and move forward that they perpetuate division, hatred, and unrest at a time when we need to stand together.

Pray for the peace of America. Pray for the peaceful passing of the torch from the incumbent president to the president-elect. Pray that wisdom will reign supreme in the choices of cabinet members and staff. Pray that God will be honored by the direction our nation takes.

And pray for the men and women who put themselves in harm’s way for our sake every single day.

We walk freely because they serve.

Memorial: preserving the memory of a person or thing; commemorative.

Memorial Day is not just the beginning of the summer holidays.  It’s not just another three-day weekend when we get to sleep in or catch up on yard work.  It’s not just a time to gather with friends and family for a cookout.

It’s about remembering.  Remembering how much our freedom cost.  Because freedom is never free.  It is costly, expensive. The price is the lives of men and women who laid down their all.

My grandfather was a World War 1 veteran.  My father and my father-in-law were WW2 veterans.  I have family members and friends who served in the military.  And I have a young friend who is in boot camp right now.  I’ve heard stories of sacrifice and of being away from home and hearth and all that is familiar.

I’ve watched the news as flag-covered caskets were lowered out of airplanes, rolled into halls where mourners came to pay their last respects.  Did I even consider that this life was an exchange for mine?

When I see the veterans march in parade or stand to salute the flag my admiration for them swells and tears fill my eyes sometimes.  They have sacrificed in a way in which I am not acquainted.

This morning I sit in my home with the freedom to choose how I will spend this day.  I am not concerned about bombs or military forces coming to take me captive.  I can travel through multiple states to visit my family-too-far-away.  I can attend the church of my choice.  I can vote my conscience.  I can carry a weapon to defend my self.  I can work and earn a wage.  I can go to college and pursue my calling and my dreams.  I can shop where I want.  I can get to a doctor or a hospital and expect good treatment.  I can write words on the world-wide web.

My freedom is precious.  I value living in the United States of America.  She has her problems, no doubt, but her flag waves red, white and blue because of people who gave the ultimate for me.  The living and the dead.  They served their country.  They served me.

And I will not forget. 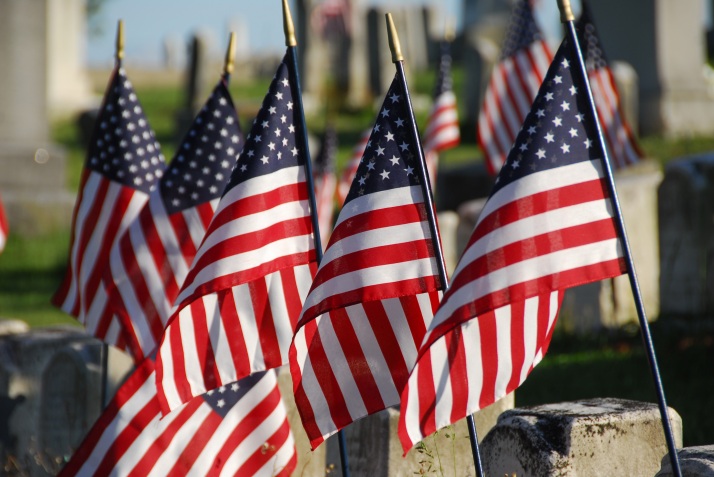