We call it Holy Week, the days between Palm Sunday and Easter Sunday. The time was set apart for a special purpose, eternally designed by God. It is His plan of redemption.

As Maisie and I took our final walk last night in the twilight, the moon began to rise over our neighbor’s house. It was strikingly beautiful and full. It’s the Passover moon, signaling the beginning of the festival tonight at sunset.

One of my piano student turns eighteen this week, and she will celebrate separately too. We are affected by self distancing, making adjustments for weddings, funerals, birthdays, and holidays. We do what we can to show we care, that we remember, that life is precious even when we are isolated.

I reassure myself that God knows the beginning from the end. He knew this day in history would come. He is not surprised nor caught off guard. He supplies my needs during the pandemic the same as He always supplies my needs.

The moon reminds me of the events recorded in the Gospels during holy week.

The stage was set eons ago. The will of the Lord is written in heavenly stone and He will accomplish it.

Our times are in God’s hand. He is ever the great timekeeper. If we belong to Him, we need not fear. He has a heavenly plan and He will accomplish it.

In the fullness of time, Jesus came to be the Passover sacrifice

It was a holy week.

The Christian community calls it Holy Week, the days between Palm Sunday and Easter Sunday.

The days ahead will be holy because they have been consecrated by God for His eternal purpose.  The purpose is redemption. 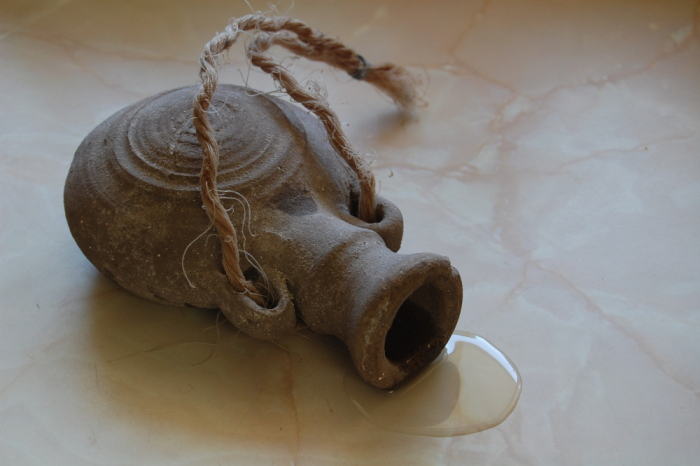 The final days before Jesus’ death were eventful, and the gospel writers pay careful attention to the details.

As I read the chapters marking this time, I see a sequence of events occurring one after the other, events that are bringing us to the climax of the story.

The stage is set.  The will of the Lord is written in heavenly stone and it will come to pass.

Yet some still do not believe.

Matthew and Mark give us a peek into the private conversations of the Pharisees and elders who want Jesus dead.  “But not during the feast [Passover] or the people might riot,” they say to one another.

The reason is because Jerusalem will be teeming with those coming for Passover.  By this time, Jesus had a following, those who had seen or heard of the miracles and  believed He was the promised Messiah.  The crowds had just hailed Him as the One who would come and deliver them.

This was not the right time for an uprising, not the time to confront and arrest and crucify.

But it was the time, the fullness of time.  It was God’s time.

All things pointed to Jesus’ death.  And it would come to pass.  Jesus was appointed as the Passover sacrifice.

Just like the ointment poured on His feet, He would be poured out for the sins of the world, the precious blood of a Lamb without blemish.  It would be a fountain flowing to cleanse from the dreadful stain of sin. And nothing was going to stop the promise of God from being fulfilled.

For Jesus it would be a week of activity, of final words, of sharing a meal and showing the depth of His love.  For His followers it would be confusing, disappointing, heartbreaking, and yet revolutionary.

It was a Holy week.

Revised and reposted from March 2015