I’ve had some prayer requests that turned out differently than I planned. And I have prayers for which I am still waiting to see the answers come to pass. Perhaps you have too.

Zachariah and Elizabeth, characters in the Nativity story, would have understood. Luke’s gospel introduces us to them.

” . . . there was a priest named Zechariah, who belonged to the priestly division of Abijah; his wife Elizabeth was also a descendant of Aaron. Both of them were righteous in the sight of God, observing all the Lord’s commands and decrees blamelessly. But they were childless because Elizabeth was not able to conceive, and they were both very old.”

These were people who followed God, exemplary in keeping the regulations given by Moses to the people. They had intrigty. It would seem they would have been rewarded for such dedication.

Instead, they were childless. And children were the reward, the heritage of a family who was blessed to have “their quiver full.”

Elizabeth’s fertility problem had affected them both. There were the years of hoping this month there would be a delay in her cycle. Disappointment met them again and again.

Heartbreak and grief were Elizabeth’s companions. Not only were her own desires unfulfilled, she was unable to give her husband an heir. And then there were the implications, the remarks whispered among the family, the community, their Levitical tribe. Comments perhaps like, “They appear to follow the law, but why is she barren?” While Elizabeth probably tried to carry herself with dignity, walking with her head held high, her heart must have been broken by the weight of not having the one thing she desired: a child. It was the one prayer she kept repeating.

She had given up long ago. She was old now, her childbearing years well past, and this was her life. The sadness still lingered. Her hopes were dashed. She would go to her grave with her prayer unanswered.

Sometimes we have to wait for the glory.

Zachariah was appointed to his once-in-a-lifetime opportunity to enter the Holy Place to offer incense at the time of prayer. How many times had Zachariah prayed for a child, a son to carry on his name and the priestly duties. When did he give up on that hope?

As he offered the incense on the Golden Altar, Zachariah was greeted by the angel Gabriel and told his prayer had been heard. I wonder if Zachariah thought “Which prayer?” The prayer for a son, the one he had presented to God over and over, remained unanswered and it was now years too late.

It is never too late with God.

There is no evidence that Zachariah told anyone of his vision. The people waiting for him outside the Holy Place simply recognized something significant had happened because he was unable to speak. But surely he managed to share some of the angel’s message with his wife, that they were to have a child in their old age. What in the world went through their minds?

I wonder how Elizabeth knew she was pregnant. There were no quick drugstore pregnancy tests or doctor visits. The monthly period had ended years ago so no early physical sign would give a clue. What would be her first indication that there was indeed a new life growing inside of her?

Did she believe immediately with her heart that the angel’s words were true? Or did her struggle with her faith like Zachariah? Did she fast and pray one more time for the child she longed to hold? Did she read Scripture and renew her hope in a God who hears prayers and answers?

Luke tells us Elizabeth hid herself away for five months. As she experienced morning sickness and a growing baby bump, the extreme tiredness that accompanies pregnancy in the first trimester, did she recognize the symptoms she had seen in other women? Did her faith grow as her body changed and rounded and began to show evidence of God’s word being fulfilled?

Those who have experienced the heartbreak of infertility can feel Elizabeth’s pain and longing all those years. Imagine the joy she experienced in the reality of God’s promise coming true before her very eyes.

I love the part of the story when Mary, pregnant yet unwed, came to Zachariah and Eliazabeth’s home. At Mary’s greeting Elizabeth’s baby leaped in her womb. The aged form of God’s faithful servant experienced the power of the Holy Spirit as had her young companion. These two women had a lot to talk about.

Zachariah and Elizabeth’s baby was always in God’s plan. They just didn’t understand the plan or the timing. This baby had a special purpose, to prepare the way for a Savior who is Christ the Lord. He would be neither early or late but right on time.

Sometimes we have to wait for the greater glory. Our prayers seem to go unanswered, even unheard. And we wonder where God is. We wonder what is keeping our petitions from coming to pass. We wonder.

And yet there is wonderful glory ahead. The purpose God has for each of us will be fulfilled in His time, not ours. But His word is true; His promises are sure. And He can be trusted with our prayers and our lives.

In the waiting we will see the greater glory. 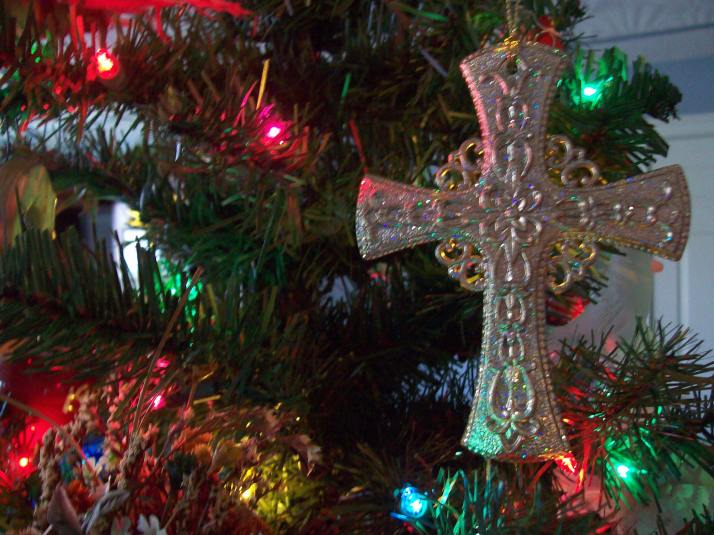