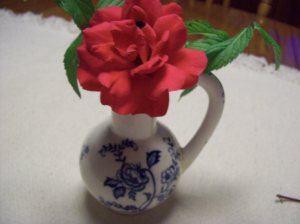 February.  The month of Love.  Soon after January the first the stores fill with red and white temptations, decorations, cards of endearment.  All of it shouting “buy me, buy me and show someone how much you love!”

I recall working with a young woman who was a newly wed.  It was Valentine’s Day.  Her newly wed husband took her to lunch and handed her a card.  She happened to see the sales receipt for the card and found he had only purchased it just before lunch.  She threw the card at him, angry for his lack of planning because to her that meant he didn’t put enough thought into his efforts at love and romance.

I had been married for all of 15 or so years, and I knew that young woman had a lot to learn about love and marriage.  Sadly, the couple divorced after just a year or two.

So what do we do with Valentine’s Day, a day that seems to be made for couples who are madly in love and can’t wait to shower one another with flowers, candy, jewelry, and romantic dinner dates?

Saint Valentine didn’t invent love.  It started in the beginning when the Word was with God and the Word was God and nothing was made without Him being there, His hand forming each and every molecule of life.

Love has to be more than a fancy card or Godiva chocolates  or candles glowing.

I think of the single woman in my Bible study class who longs for a husband and feels like her time is running out and how does she even find a good man in a society where giving up herself is expected after a few dates.

I think of my divorced friend who has settled into her singleness and will not get a romantic love note.

I think of a widow and a widower who lost their spouses of 50 plus years to death last year and will face a Valentine’s Day with no sweetheart.

I think of my precious almost 17-year-old granddaughter who has the same dreams I did at that age of finding that someone special and making a life with him.  But where is he?

And I want to know about this thing called Love.

Valentine’s Day can build up expectations of what we want, hope for, and maybe think we deserve.  Those expectations can be dashed to the dingy dirt too quickly.

Is it about getting the Love I expect from another human being who is equally flawed like me and unable to completely satisfy?

It has to be different.  It must be as it was meant to be in the beginning, when Love was given freely, leaving the glories of the heavenlies to put on flesh and blood and pour Himself out freely without demanding equal treatment and never asking “what’s in it for  me?”

I’ve seen what Love looks like in the faces of the caregiver who is worn out from giving care.  From the mom or dad sacrificing themselves to make a home for children who haven’t a clue the toll it takes on them.  From my sweet missionary friends stationed in Peru, Malaysia, and Middle Earth joyfully submitting to the higher call.  From those serving at local missions offering a cup of coffee and a warm place to stay the night.

Sweet William and I are still learning about Love, how it is done perfect and holy.  We’ve come such a great distance, and yet we have a long way to go.  I still want my own way too much, get cranky and frustrated too often, ask myself when is it gonna be about me?

I’m reminded that Love was completely given to me and I am called to be doing the same.

When Bill endured so many surgeries and long recoveries only a short while back, I often helped him with his bath rituals.  There were many days when I put the small plastic washing tub on the floor and washed his size 12 triple E feet.  And when I bent over to the soap and water, I felt the Lord’s pleasure.  I cannot explain it, but the lowly task of washing my husband’s feet became an offering of love and was pleasing to the Lord.

Is that what Love is?  Bending low to do the lowly when no one is watching?  Is it the act of kindness that will not be announced on the 6:00 news?  Is it the service to the unlovely, the forgotten, the broken?  Is it the love shown to those in our homes, our own neighborhoods, our circles of influence?

Yes!  Oh yes, I believe this is Love, the beauty that was my Savior’s sacrifice.  His life was laid low, bled out and totally spent on me.  On you.  All because of love.

The call is to live a life of Love not just one day for a Valentine card, the moments that offer a chance to sacrifice ourselves.

When Jesus bent low and washed his disciples feet on the night He was to be betrayed, He told them afterwards, “Now that I, your Lord and Teacher, have washed your feet, you also should wash one another’s feet. I have set you an example that you should do as I have done for you.”

Someone said, that we cannot pour perfume on another without some of it splashing back on us.  Love’s return is the bouquet of words from the only One who matters, “Well done my faithful friend.” 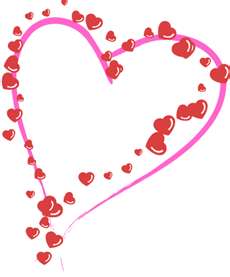